Though it certainly might seem like it at times, warm weather for nine months out of the year is not the sole reason people move to the town of Mount Pleasant. There are many other qualities to the Lowcountry way of life that entice people to pack up 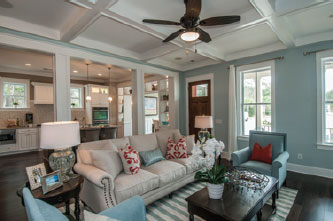 entire houses and relocate – and the abundance of gorgeous new neighborhoods in the area certainly doesn’t hurt, either.

Take Darren Juszkiewicz, for example, a new Lowcountry resident who moved from Charlotte, North Carolina to Tributary at Rivertowne, with his wife to accept a new job. He claimed he “searched for golf courses” on the Web to see what his options in Mount Pleasant might be.

“My wife and I lived in a golf community right outside the city of Charlotte,” he explained. “When we found our new neighborhood, Tributary at Rivertowne, we were immediately drawn to the prospect of the golf course and country club.”

Leah Johnson, a native of North Carolina who moved to Mount Pleasant two years ago after a stint in Chicago, said her roots were the main reason for coming back to the Lowcountry.

“We wanted to move closer to family,” she said. “I grew up knowing this area, vacationing with relatives who lived here.”

The Johnsons and the Juszkiewiczs had been to the Mount Pleasant area before choosing to move here permanently; the Mohls, on the other hand, had never even ventured to the Southeast coast.

“We both grew up in Montana,” said BettiJean Mohl of herself and her husband, Doug. “So we’ve never lived on the East Coast or in the South.”

One thing that the Johnsons, Mohls and Juszkiewiczs had in common when embarking on the house hunt was knowing exactly what kind of lifestyle they were looking for.

“One of my wife’s priorities is education,” said Darren Juszkiewicz. “We have a 12-year-old son, and, when we found out that Mount Pleasant has a decent reputation for schools, it influenced us. We also wanted something close to Sullivan’s Island and Shem Creek. We love having Sunday brunch at Red Drum.”

The Mohls, meanwhile, are ready to sink their toes into Southern sand and escape the mostly-indoor lifestyle of Washington.

“We’re really excited about the sunshine, beaches, golf and warm weather,” said BettiJean. “Not to mention the culture – and it’s not that people here aren’t friendly, we’re just inside most of the year. It’ll be nice to meet and greet people.”

The lovely city of Mount Pleasant and its surrounding islands aside, the Mohls, Juszkiewiczs and Johnsons all have their separate reasons for choosing Tributary as a neighborhood to call home. With its appealing proximity to Mount Pleasant’s other points of interest and updated construction, Tributary has something for everyone.

“We like the style of the homes in Rivertowne,” said Darren. “We’re waiting on our house to close right now and living in an apartment at the moment, but we know it’ll be a wonderful place to live.”

“I had never personally searched for homes before,” admitted Leah Johnson. “But when I looked on the Internet, I had a picture in my mind of what I wanted, and Tributary fit that description.”

“One thing was a more manageable yard for sure,” she finished with a laugh. “We have a huge yard right now, and it requires too much maintenance.”

The Mohls came across Tributary on the Internet before they visited the Isle of Palms this past winter, but seeing it in person did the trick.

“I think I looked at just about every new home for sale,” said Doug. “Other builders caught my eye, certainly, but once we saw Tributary in person, we knew that was it.”

Leah Johnson remarked that, like the Mohls and Juszkiewiczs, she and Justin are looking forward to building a life in a fresh community – one where she might meet other new residents in the East Cooper area.

“I like that people are moving from out of state and making homes in Tributary,” she said. “We’re all starting over together.” 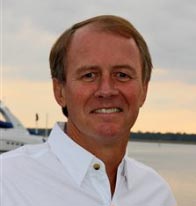